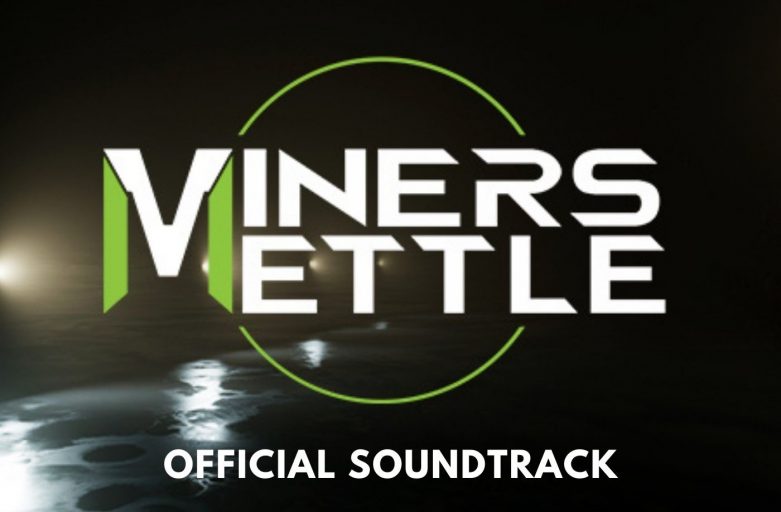 I am pleased to announce the release of Miners Mettle the official album. Over the last couple of years, I have had the pleasure of working with Singular Scheme creating the music for their debut release Miners Mettle. We are now releasing the Miners Mettle Official Album to coincide with the full release of the game which is due imminently.

The guys at Singular describe Miners Mettle as:

“Miner’s Mettle is a blend of artillery shooting and real-time strategy! Four factions fight for supremacy on an uninhabitable mining planet. You must ensure that your faction not only survives but also secures a sizable cache of the miracle mineral, Pentum.

You will explore and survey harsh terrain for mineral deposits. Return to safety with the minerals, and you’ll be able to research and build exciting new technologies that will expand your tactical options against your competitors. This tech can be installed on your armed trains, allowing you to customize each one and fulfil different roles in your strategic plans.”

The album contains 28 tracks of all the in-game music. Tracks 1-14 (disc 1) is music that was composed for the campaign missions. Tracks 15-26 (disc 2) contains tracks written for the multiplayer game along with music created for other in-game items like the menus, defeat or victory screens and the game trailer. The final 2 tracks (disc 3) are a couple of bonus tracks that were written but never used in the game.

Miners Mettle contains 4 distinct factions and each faction has its own style of music to match. Kylian is your more traditional Sci-Fi, the Responders have a religious tinge to their music, Iron Strike is heavily percussive and Zed has an Asian feel to their music.

Please take a listen, add to playlists, share and leave any comments.

How I can help…

This website uses cookies to improve your experience while you navigate through the website. Out of these, the cookies that are categorized as necessary are stored on your browser as they are essential for the working of basic functionalities of the website. We also use third-party cookies that help us analyze and understand how you use this website. These cookies will be stored in your browser only with your consent. You also have the option to opt-out of these cookies. But opting out of some of these cookies may affect your browsing experience.
Necessary Always Enabled
Necessary cookies are absolutely essential for the website to function properly. These cookies ensure basic functionalities and security features of the website, anonymously.
Functional
Functional cookies help to perform certain functionalities like sharing the content of the website on social media platforms, collect feedbacks, and other third-party features.
Performance
Performance cookies are used to understand and analyze the key performance indexes of the website which helps in delivering a better user experience for the visitors.
Analytics
Analytical cookies are used to understand how visitors interact with the website. These cookies help provide information on metrics the number of visitors, bounce rate, traffic source, etc.
Advertisement
Advertisement cookies are used to provide visitors with relevant ads and marketing campaigns. These cookies track visitors across websites and collect information to provide customized ads.
Others
Other uncategorized cookies are those that are being analyzed and have not been classified into a category as yet.
SAVE & ACCEPT